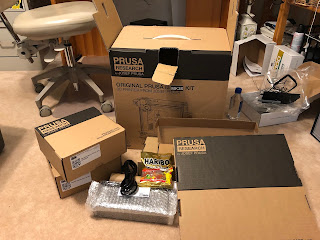 I picked up a new 3D printer - a Prusa Mk3S.  It's gotten good reviews and my next secret project will require a lot of 3D printing so a second one is "justified".

That's my story, and I'm sticking to it.

The Prusa requires assembly.  A lot of assembly 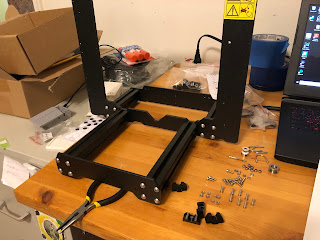 Ok the basic frame is done. 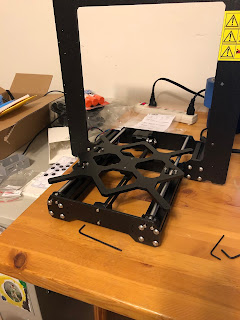 I was texting back and forth with my son and had a very funny auto spell correct episode.  I had meant to send

"I've started on the Prusa today"

But Siri, in her infinite glory, actually sent

"I've started on the Prussians today"

My son responded with

Only in this hobby can that happen 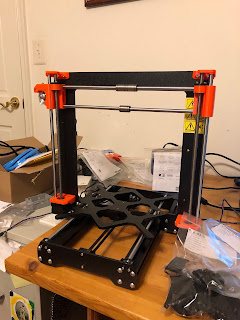 Nor the Y axis (front to back) and Z axis (up and down) are assembled.  I think there are another 10,000 steps to go.  While building a 3D printer can be tedious, it does teach you how the thing works (hopefully it will work)

WIsh I could have one of these babies!!! Have fun with it Miles!

I cheated and bought mine ready assembled as I thought there was enough to learn in settings etc. But it's awesome.

Excellent , I shall follow with interest ..and you are indeed correct , go big.. add more .. why have just 1 when it with way more efficient to cut production time in half...I feel some productivity stats coming on

Good luck with your new printer! I think they offered one more built, with just a few steps to get it up & running, however it also cost more

I'm certainly tempted to buy one (or two) 3D printers when I finally get myself into gear and move out of London.