Legion Test Game at the Club 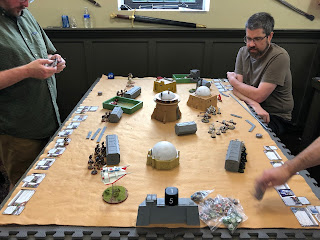 Last night I committed blasphemy at the club - I ran a non-historical game.  On second thought, maybe it was historical as it did happen a long, long time ago.

I ran a game of Legion to teach the rules.  I really like Legion and think it's a much more refined version of Bolt Action. 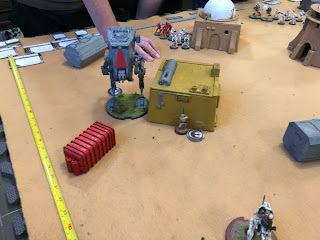 It was a very tough night for the alliance, who pretty much got crushed.  Even poor Luke didn't fair so well against a AT/ST.

The overall opinion on Legion was very positive so I think you'll see more at the club in the future.
Posted by Miles at 6:16 AM