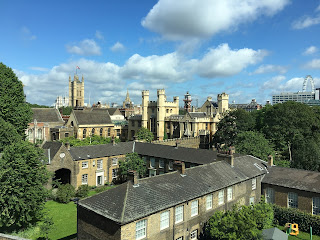 I was in the UK last week on business and also got to observe the Brexit Vote and shocked reactions on Friday morning with the results (more on Brexit below).

Here's the view form my office at one of our portfolio companies (Clear Score) which is located near Lambeth bridge in London.  Typically sunny British weather.

My apologies to my UK gaming friends but I just didn't have any free time in my schedule - hopefully I'll plan better when I'm over again. 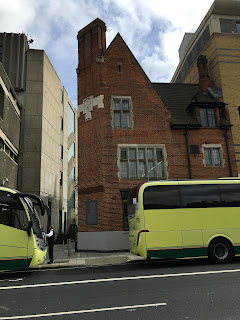 We currently occupy the "Bell Building" which just been refurbished and is a nice space for tech enterprises with the exception that the power goes out once a week! 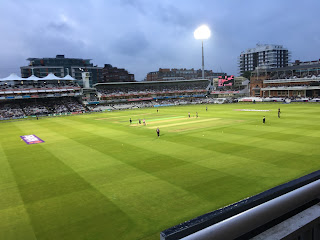 The highlight of the trip was taking in my first cricket game at Lords.  It was a 20/20 format game pitting Middlesex vs Somerset and I must say I found the game fascinating and a lot of fun.  I'm planning to take in some more games when I'm next in London - what a fun game! 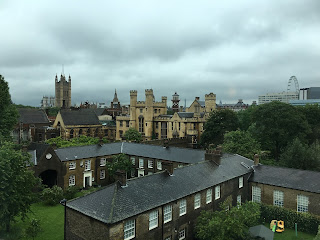 OK, this is how the weather really looks like most of the time and is a more fitting setting for the somber reaction in London to the news of the Brexit vote.  It's not my place to comment on the right or wrong of the vote - that's an internal British policy decision.

What I can comment on is an extreme disappointment with the way the campaign was conducted on both sides.  The leave side was basically racist in it's depiction of immigration and the stay side portrayed immediate armageddon and execution of all puppies and kittens upon voting to leave.

What's more disappointing is the apparent lack of planning on what to do next if the vote was to leave (when jumping off a cliff it pays to peak over the edge and plan for the landing).

Countries evolve and immigration is a very important factor in keeping a society vibrant and supporting a growing middle class - especially in societies with declining birth rates.  We often have overly optimistic memories of how good the "old days" were or fall to ease of blaming subgroups for our current problems.

As an investor, I really have no idea what the outcome will be of the "Leave" vote but suspect it will be mildly positive for the UK short term but then turn negative as the weight of losses from the migration away from London as the European financial hub and the unending grind of the demographic reality of an aging population take hold.  I still really like the UK as a market but will raise the bar on investment returns to compensate for the increased uncertainty.  By the way, anyone who states they "know" what will happen post leave isn't really being honest.

As an US citizen who spends a lot of time in the UK and has a deep affection for the nation, there is one silver lining from the conduct of the Brexit campaign and the Leave vote:  My British friends have forever surrendered the high ground of making snide comments about the US's national disgrace of Donald Trump.  I'm afraid your just as bad as we are BUT here in the US, we've still got a chance to send Mr Trump packing in November.

Its the First Day of Summer! How do I know? 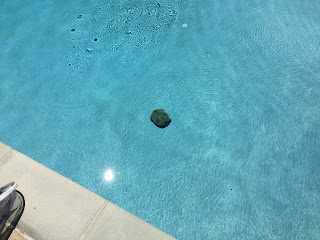 There are several ways to tell - First a Terrapin in the Pool! 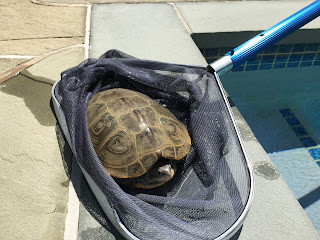 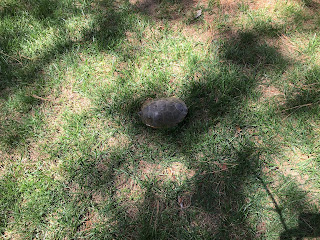 and sent upon his way! 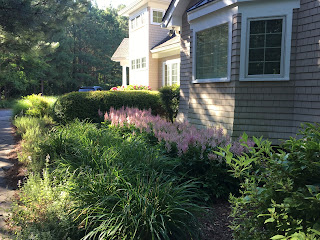 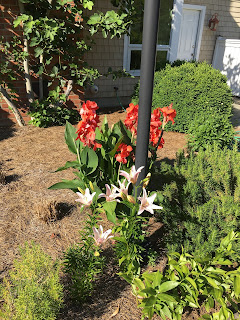 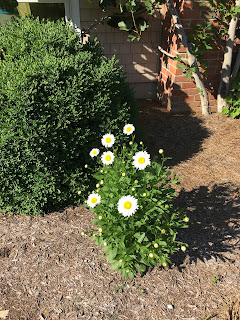 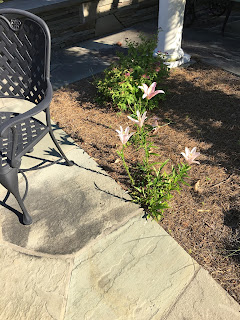 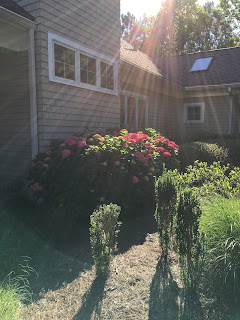 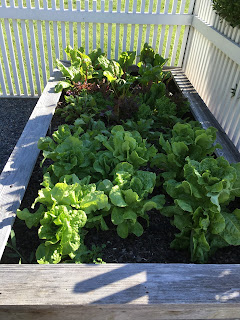 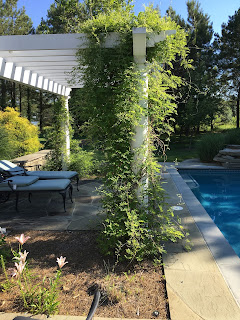 and Fifth - strange noises in the Wysteria 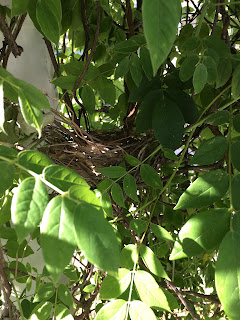 which upon further inspection 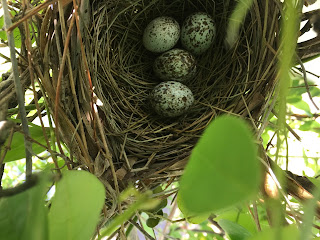 appear to be Cardinal eggs.

I love living on the Chesapeake Bay all year long but summer is really special.
Posted by jmilesr at 6:16 AM 4 comments: Links 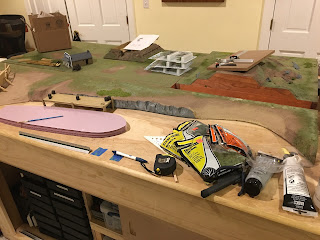 The shoreline pieces have been moved inside for detailing (and some raccoon related repairs).  Just a little bit more to do but they're looking prating good. 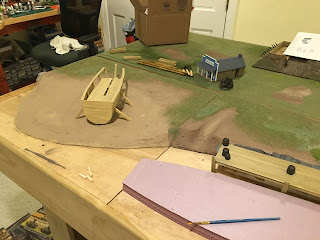 A shot of the shorter (2 ft) "beach" section where the shipyard will be. 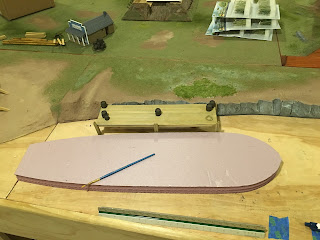 I also scratch built a simple dock which is where the wasp will be tied up for the game.  The pink foam cut-out is the size of the Wasps' hull. 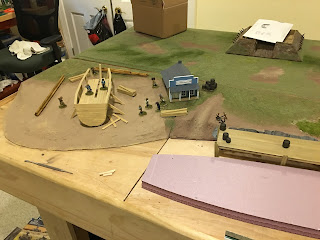 A rough layout of the shipyard - there are still some detail parts to add but we're getting there. 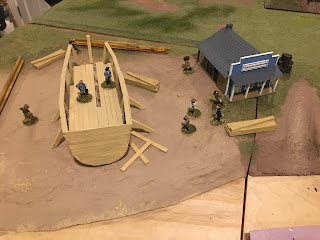 The building is a plastic Perry kit. 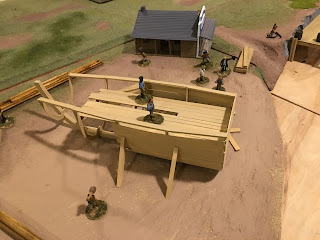 I think the boat looks a little too clean and will need a light wash. 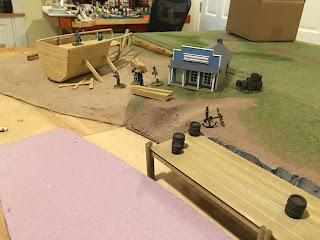 Almost there!
Posted by jmilesr at 7:15 AM 5 comments: Links

Sectional Terrain: The Secret to My Productivity 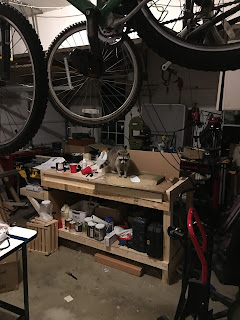 Yes, I must confess that I've used trained raccoons for years as terrain builders.  They are especially skilled in terrain design and placement as you can see in the picture - Rocket the Raccoon was caught working with a cutout to figure out the proper placement the ship under construction.  Terrain making seems to bring these tranquil and industrious creatures true joy.

Is the employment of trained raccoons legal?  Well probably no, but sometimes you gotta break some eggs to make an omelette....

It seems me terrain workshop was broken into buy a hungry raccoon at 3:00am the other night.  He did a good bit of damage to the long board.  Apparently he thought there was food hidden under the foam - a mistake I'm sure were guilty of at one time or another.

Despite waking at 3:00am and wandering down to the garage to see who was rummaging around my house all ended well.  Rather than shoot said offender which "technically" illegal in a residential area, I elected to open the garage door and send him on his way.
Posted by jmilesr at 5:38 AM 7 comments: Links 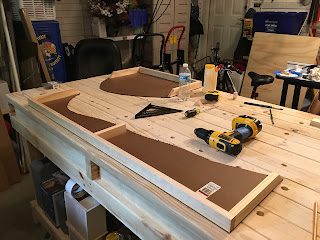 The framing and contouring for the shoreline sections was completed this Sunday.  The game table setup needs 6 feet of shoreline which will be made up of one 4 foot section and a smaller 2 foot one. 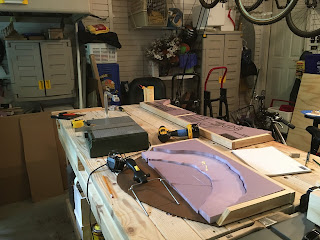 The initial foundation is made of pink extrude polystyrene foam (insulation foam).  The smaller section will have a sloping beach and be where the shipyard is located.

You can see my primary foam hot wire cutters in the picture - the trusty Proxxon table based cutter and my 20 year old Woodland Scenics hand held cutter.  Both are extremely helpful tools if you want to make terrain using extruded polystyrene. 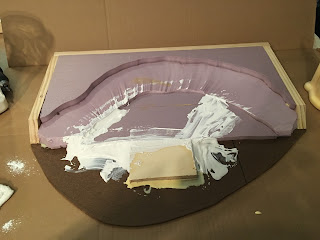 I added a bit of 1/2 inch scrap plywood to provide a little more support to reduce the chances of cracking while in transport. 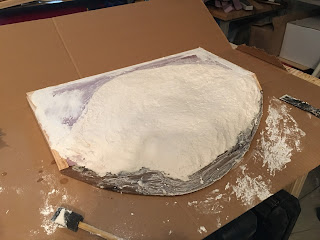 I decided to use a product called sculptamold for the beach surface - we'll see how this works out, 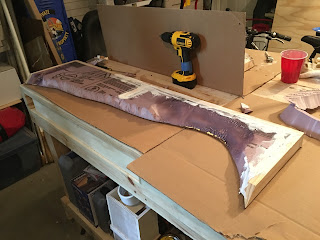 The longer section will be mostly rocky shoreline with a small beach area on the right.  The two sections are designed to line up on either side of one another to give a little variability in use.

After the scultamold dries (24 hours) I'll cover with the grout/glue mix and add sand for the beach sections.
Posted by jmilesr at 5:32 AM 2 comments: Links