All Quiet on the Martian Front Playtest 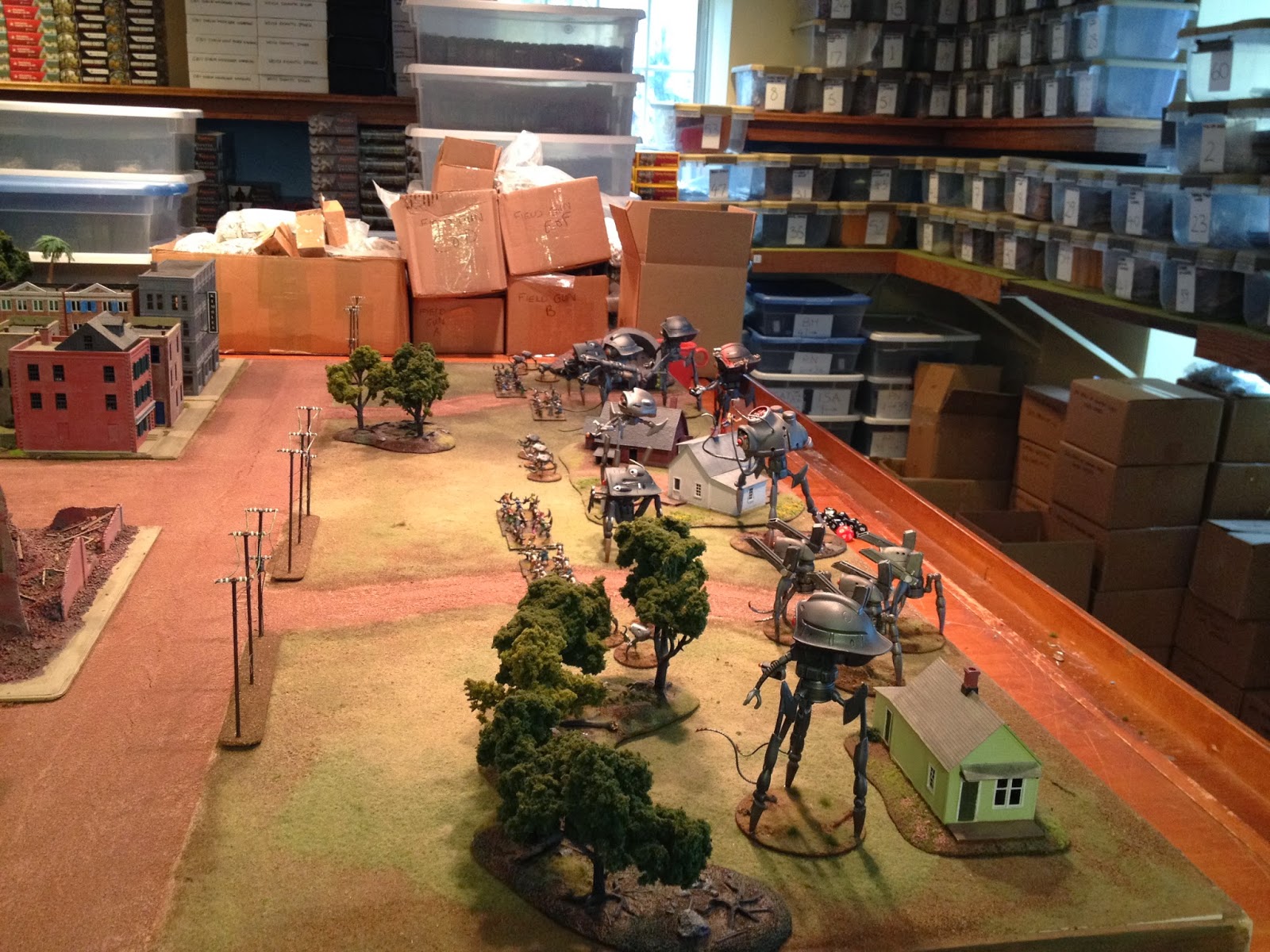 I had the opportunity to play another test game of "All Quiet on the Martian Front" over at the galactic headquarters of Architects of War. The first game was a breakthrough type scenario where the Martians (me) had to exit the "Red Martian" tripod off the human board edge.  The humans (Ed) had an infantry heavy force which include some of BEF and their damn coil guns.  The first pic shows the Martian force - impressive! 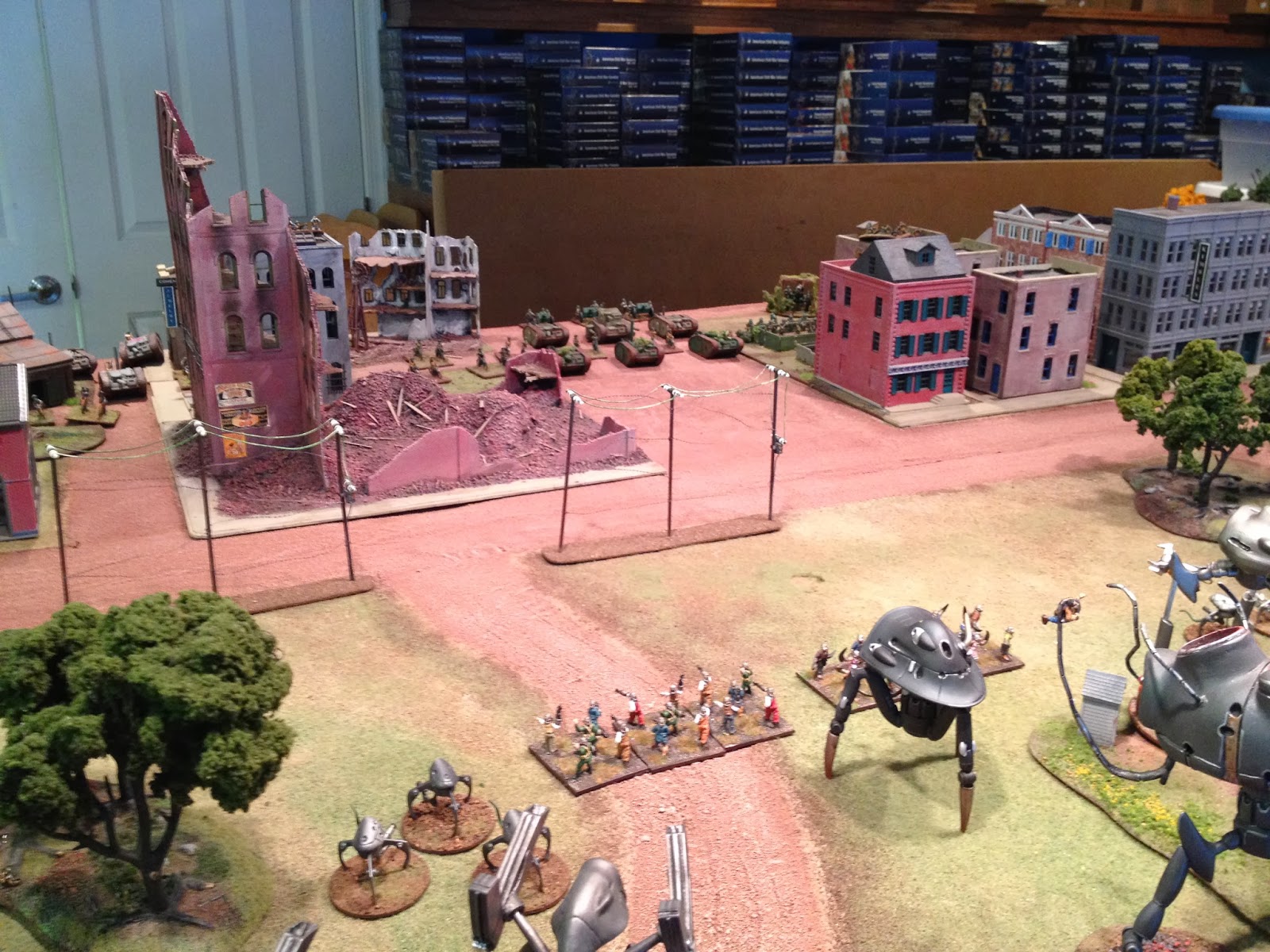 The initial advance - the players of the match for martians where the grenadier tripods, who can use a scout tripod to really increase the accuracy of bombardments. Another photo of the advance - the Martians are a lot of fun to play but you need to balance two distinct play styles - stand-off tactics with tripods and inclose with drones and lobotom squads. 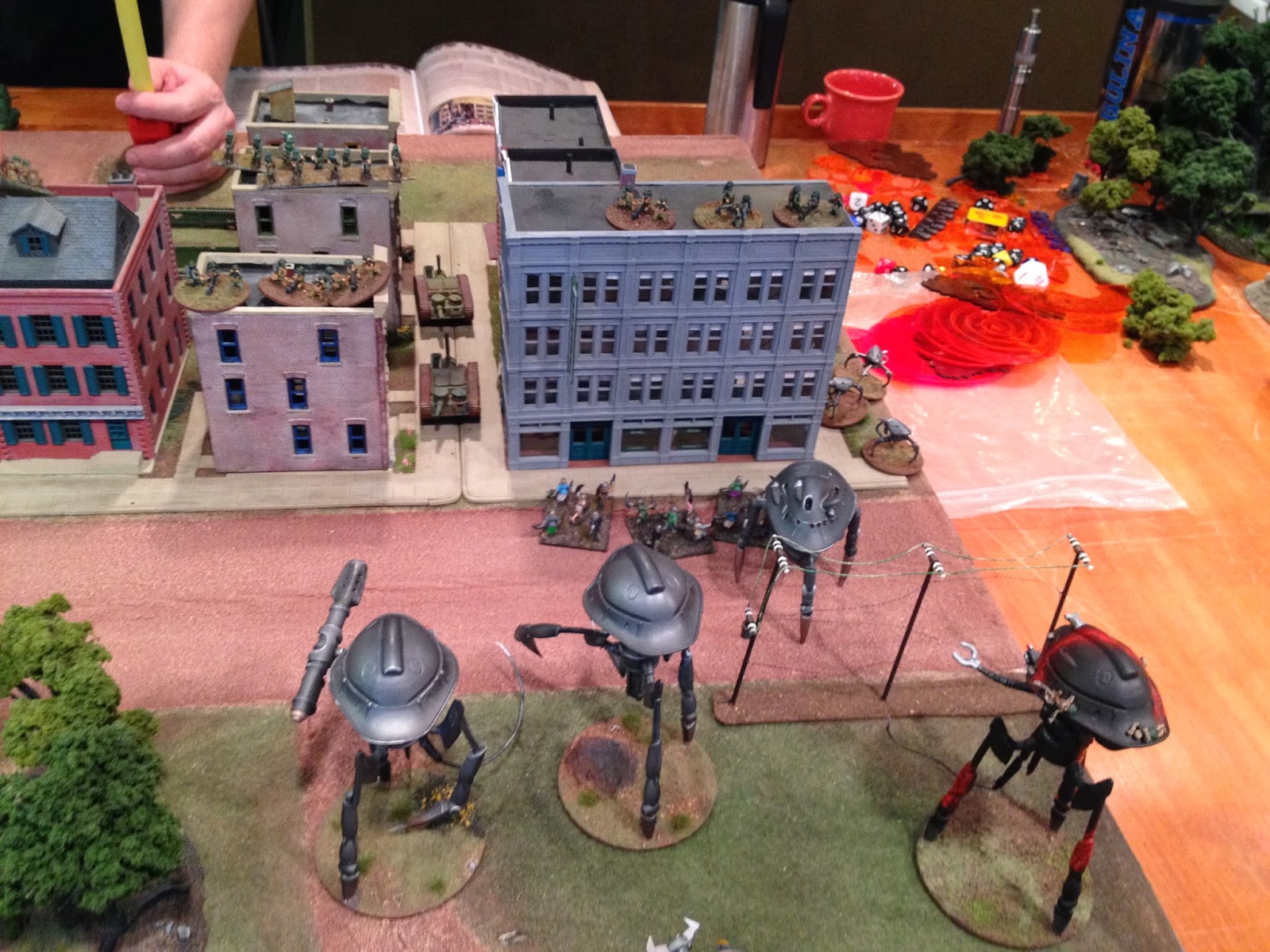 A few turns into the game.  The humans have whittled down most of my lobotom squads and drones at the cost of most of their armor - the infantry is still dug into the buildings and will prove difficult to dislodge.  You can see the red Martian lurking in the corner trying to skirt down the side to victory.  The telephone poles are "Edison wire" which is impassible to tripods.  The key to the game was an assault by my remaining drones against some British heavy infantry.  Luck was with me and the drones prevailed - just barely and the Red Martian snuck his way to victory! 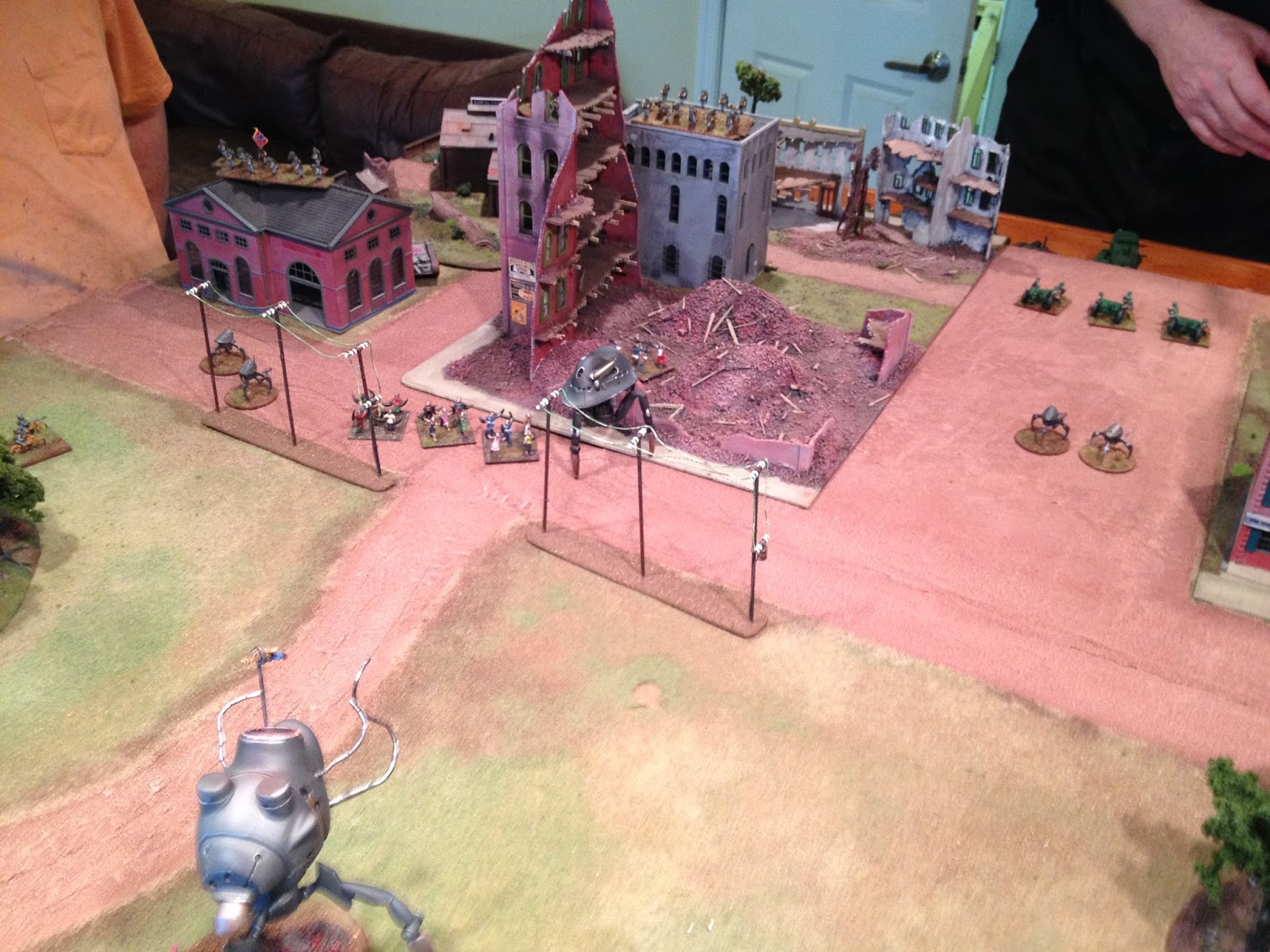 The other side of the battlefield was a bloody stalemate.  The game was won by the Martians but it was very close.  It was also a lot of fun.

We did manage to play a second game, which featured the first outing of a mocked up Land Ironclad for the humans.  Lets just say from a Martian perspective that Ironclad is a very formidable opponent.  yep, very formidable.  Sorry no pictures of that game as the form of the Land Ironclad model is still "classified"

I can't wait for this game to come out as it's a blast to play.

Miles, I've posted a link to your post at my VSF blog here: