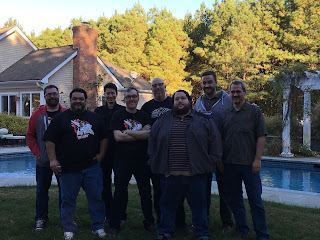 This past weekend was the second rendition the St Michael's Gaming Con - or - St Michaels Con as we call it.  OK maybe calling this a con is stretching things a bit but I was able to cram 2 full days of gaming with 8 like minded souls this past weekend.  It was a blast hosting this crew and we're looking forward to more. 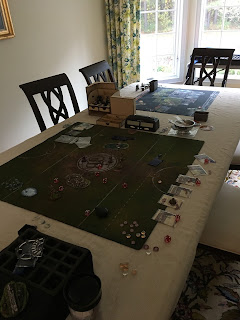 We had planned to run a Guild Ball tournament but never got around to playing.  Too many other distractions. 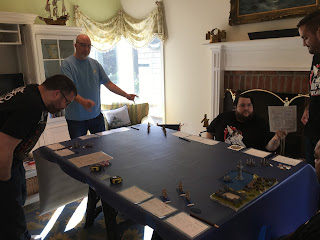 I put on a Napoleonic naval game using my 1/1200 Langton's and the Trafalgar ruleset. 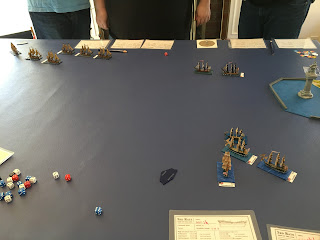 A combined US, French and Spanish fleet had to escort a merchant ship with "secret documents" from the harbor to the far edge of the table.  Of course there was a large British fleet trying to intercept.

Each player controlled 2-3 ships and we used the basic Trafalgar rules.  I thought the game went really well - the guys seemed to be having fun.  It was great to get the Langton's on the table - they've been on the shelf was too long. 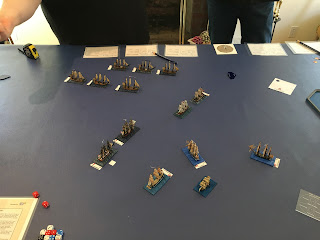 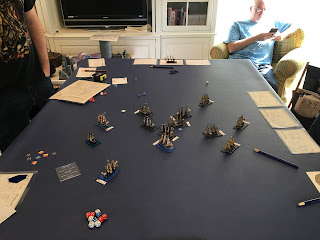 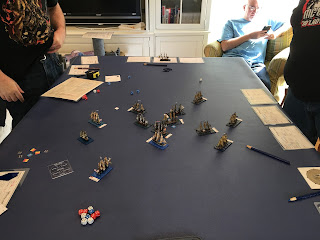 In the end it was a very narrow British victory! 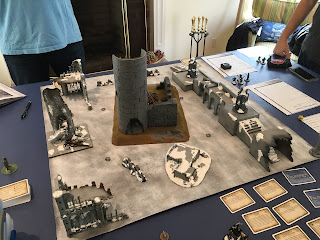 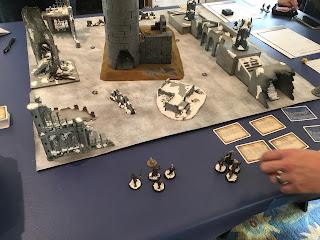 Frost greave was a lot of fun. 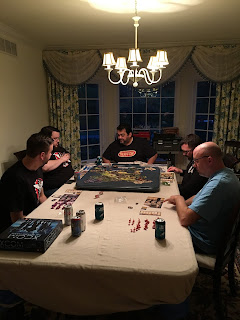 First session of Runewars - this one is very complicated! 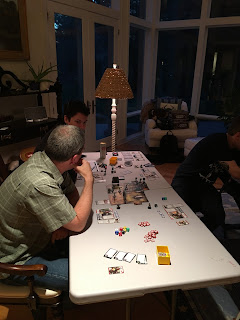 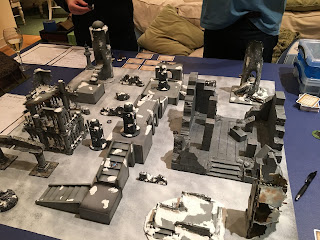 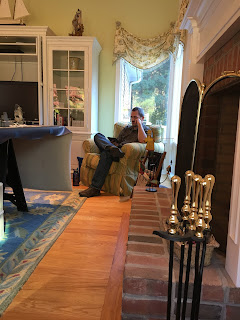 Mike in deep contemplation about his future Frostgrave war band.... 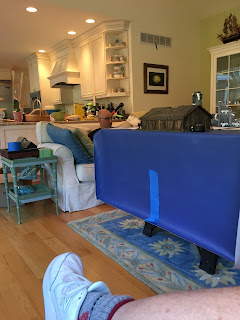 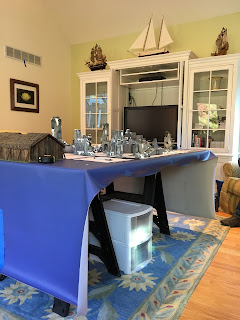 A make shift gaming table - Dano brought a 6x4 tabletop and we affixed to some old saw horses with twist ties.  It was surprisingly stable. 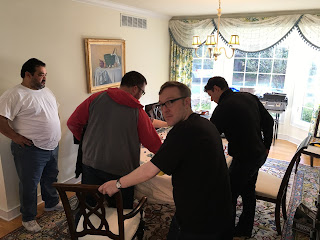 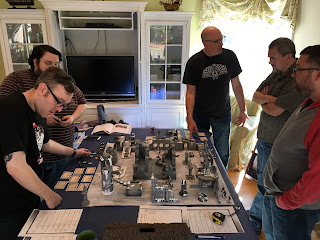 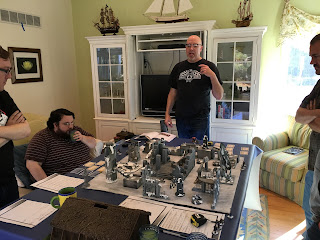 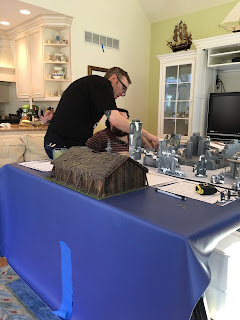 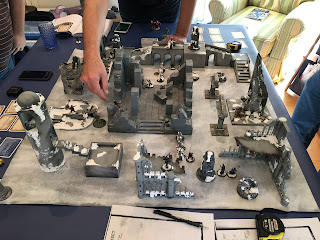 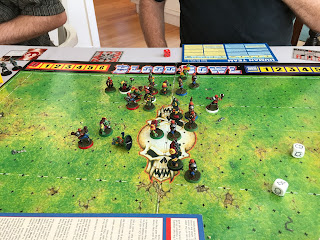 I got to play BloodBowl for the first time - it was really a lot of fun - actually a good bit more fun the Guild Ball. 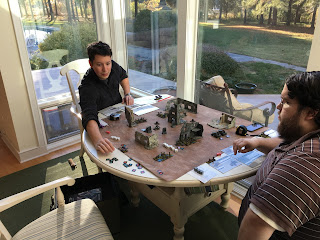 A trial game of the HALO ground assault rules and mini's 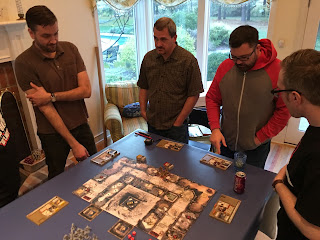 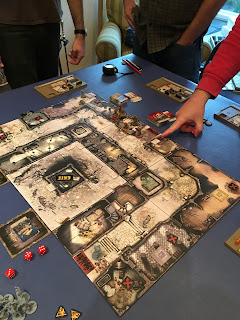 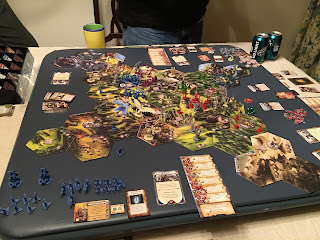 Another run of Runewars.  I played in this one. 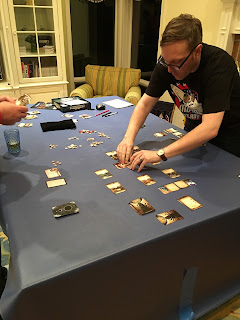 Arkam horror and we ended the session with a 8 player run of the Western card game BANG!, which was a fitting end to the weekend. 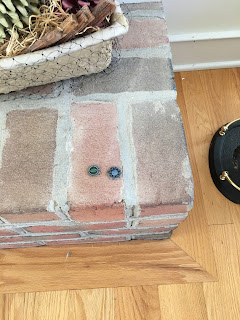 Alas, the two X-Wing token Steve left last April at the first St Michaels con were returned to him and then promptly left behind again.  These are very sad little tokens right now. 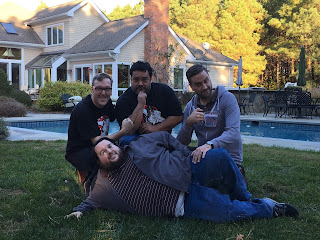 Lastly, a glamor shot of the Intensify Forward Firepower podcast crew.  I'm very sorry if this picture offends any of the more sensitive members of my readership....

All in all a grand weekend.  It was a pleasure to host it and I'm looking forward to another one in six months or so.

Great stuff Miles! Extremely jealous of you and your gaming group :)
Wish I lived closer!

Another awesome looking weekend of gaming, with some infamous faces in there too.
Best wishes to you all from MAGNET and I

Thanks for the comments

Eric - don't worry, Guild Ball and I will always be "friends"