Skirmish Sanguin at the club 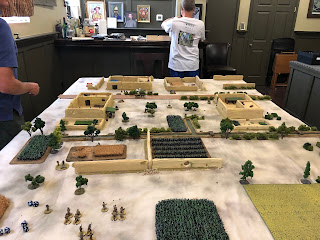 Tom ran a beautifully staged Skirmish Sanguin game at the club last night.  This as my first time with the rules and lets just say it showed! 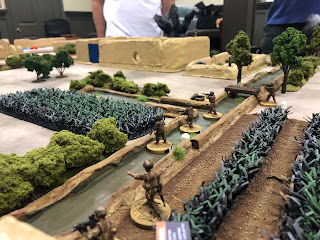 The scenario was a British Patrol, along with a squad of Afghan Police trying to sweep a Village.  Ed and I each took a four man British section with the Keith taking the Afghan Police.  Ed and I weren't too sure about the loyalties of the Police so had them take point. 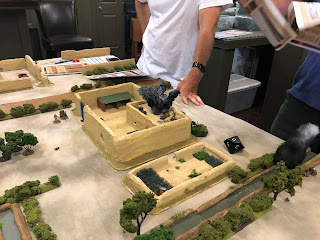 The high point of the game for my squad - landing a grenade close enough to do a little damage.  The rest of the scenario was pretty much a disaster.  Ed's squad found an IED the hard way, The afghan police got shot up but did have the best showing of our group.  I had one medium wound and decided that retreating was a much better option. 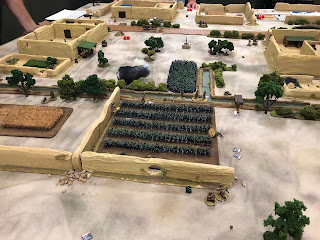 My squad retreating.  I liked the rules, but this is a game that requires you to both really know the rules and likely takes 2-3 play through before you're proficient.  I would like to play again - especially on Tom's wonderful terrain and minis.