By Fire and Sword: Swedes part I 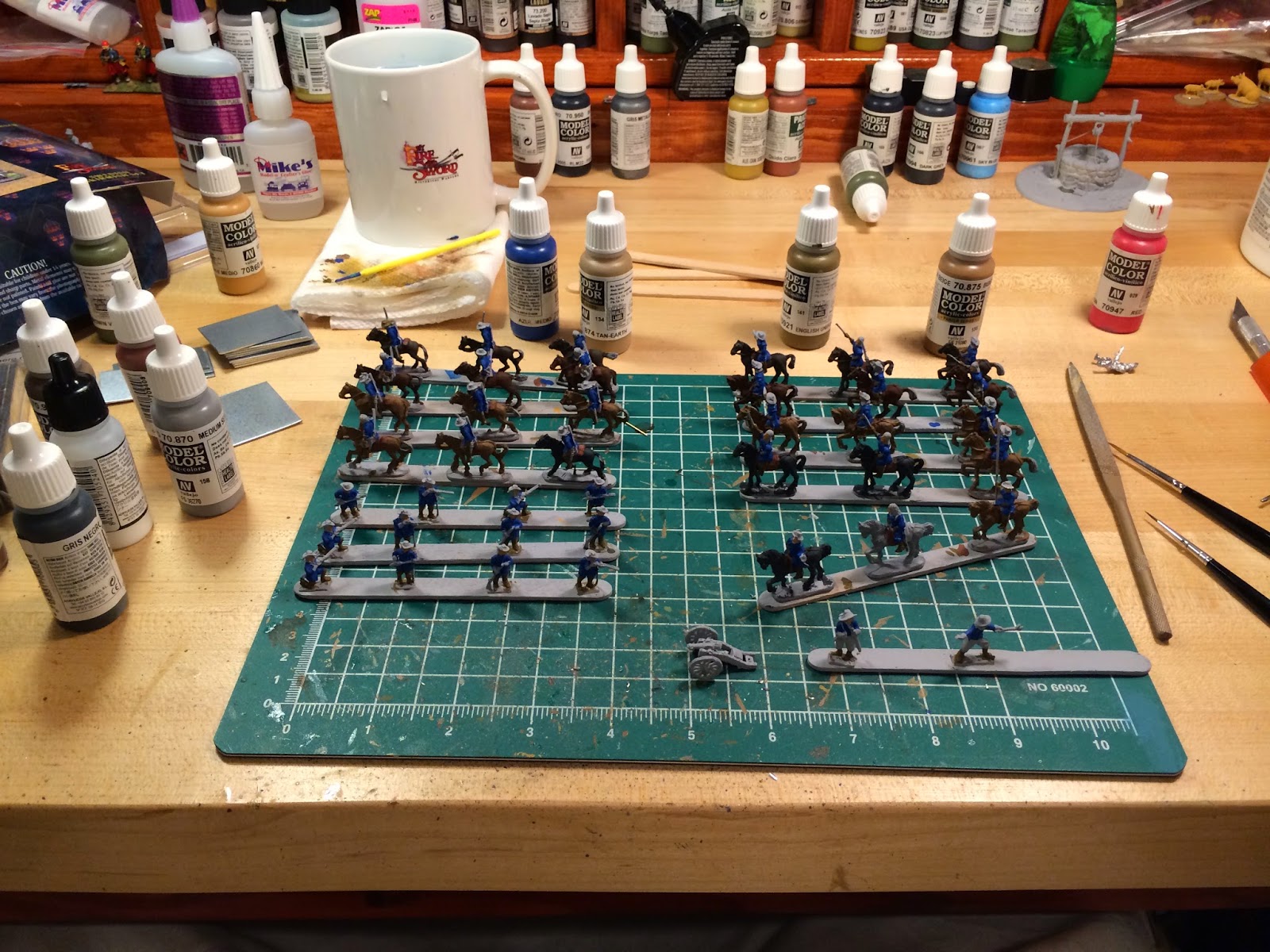 I backed the original "By Fire and Sword" Kickstarter and received armies for both the Swedes and Poles.  I've played a number of demo games at some HMGS cons and really like the game system - it has a very unique command system that works well and the units types available for the different armies is very impressive.  The game is set during the late 1600's and focuses on the conflicts in Eastern Europe involving the Poles and all there enemies and allies.  It's a fascinating time period that I knew little about but have enjoyed researching.  Oh yeah, the Poles get to field Winged Hussars! 'nuff said.

The one minor drawback for me is the game is 15mm in scale, which it really needs to be given the heavily calvary focused armies of the day.  I spend most of my time painting 28mm so going back to 15mm's is always a bit of a challenge.  First onto the table will be my Swedes and I'm painting up the Skirmish box set which comes with a Dragoon force (mounted and dismounted) on the left, some Reiters (medium cavalry) in the upper right, a command stand (center right) and a light gun and crew.  I've got several other boxes of Swedish infantry and some more cav to add to the army once these boys are done.

Given the success of the game the company that makes it has another kickstarter "The Deluge" in the offing, which of course like a moth to the flame, I jumped in on.  Come on, one of the new armies is Transylvania - who can say no that that?

The US Distributor for the game is Sergeant Major Miniatures - If you like 30 years war period, I suggest you check this game system out.

With a new project on the workbench at least it's returning to its more natural, cluttered state.  A disorganized workbench seems to be the proper environment for a miniature hobbyist.

Looks interesting!! Question - are these minis true 15s or closer to 18s?

Great looking start. I'm hesitant to go into 15mm - I have only one "army" in the scale which is based for DBA, so not much figures total. If I were to scale down from 28mm, I'd likely see about 6mm, maybe :)! Best, Dean