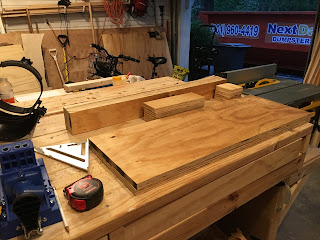 When last we left the Miter Saw Workbench saga, a bunch of old plywood had been cut to make a swinging arm.  That's not really a cliff hanger but stick with me, 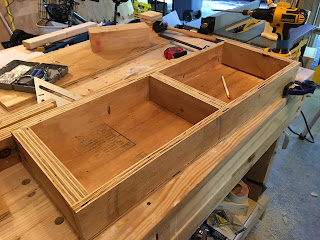 Here's the arm mostly assembled - I made it really sturdy (aka heavy) to hold up to a lot of abuse. 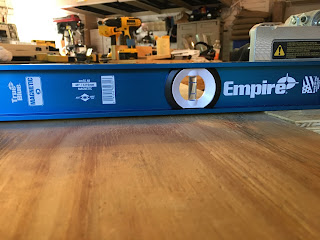 The first test fit of the arm in the extended position - drat, I'm a little off as the arm is just a tad lower than the saw platform.  It's about 1/16th of an inch so some flat washers should do nicely as shims. 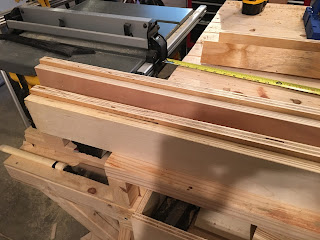 The next step is to make the guides that go along the tops on the arm and bench.  It's critical that these be square to both the platform and the saw itself.  Why is the front part 3/8 of an inch lower that the back? 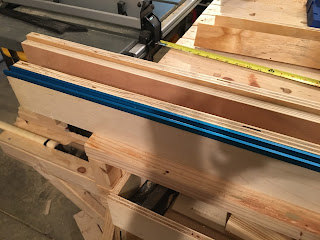 So I can fit some T-Track from Rockler along it.  The track will be how I move the stop block along to set specific cut lengths. 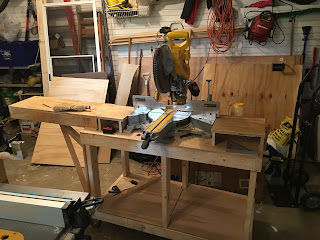 The base platforms are all installed. 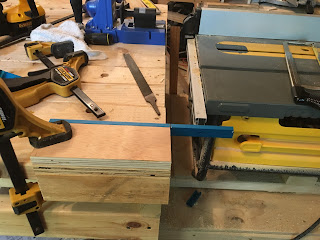 Cutting the T-Track to length.  I prefer to use a hack saw rather than my table saw.  The table saw blade can cut metal but it shortens the blade's life a good bit.  I only had to make 3 cuts so it wasn't so bad. 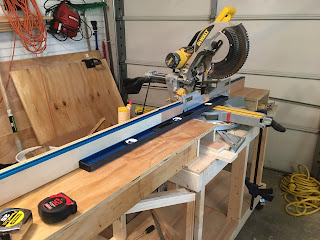 Installed the guides - it's critical these all be square with the saw, which is where a 4 ft level comes in handy. 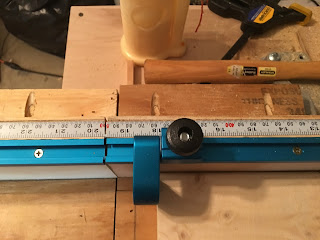 I've got the measuring tape in place and about to make my first test cut... Going for 17 15/16 inches (why go for an even number that's boring. 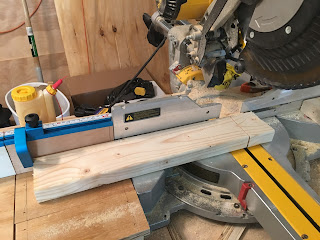 Some of you might be really bored by all this but having a saw dialed in to exact measurements really improves productivity. 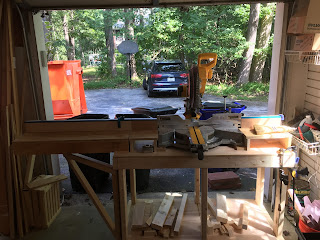 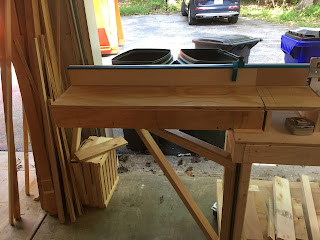 A picture of the swinging arm in the extended position. 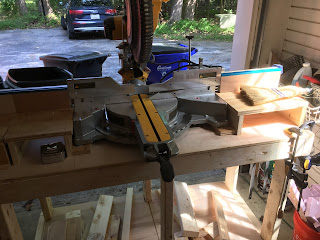 The saw itself - it's a DeWalt and I really like it. 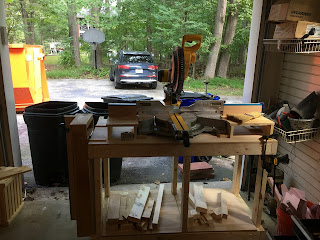 A shot with the arm down.  The bench will be much easier to store this way. 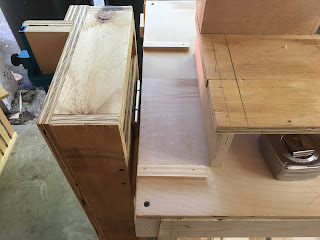 Close up of the hinge and guide blocks I added to prevent racking. 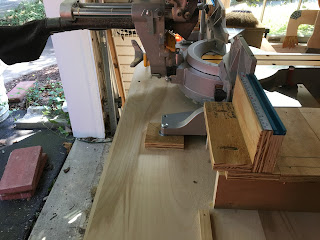 The back of the workbench.  OK that's a really boring shot but there's plenty of room to add vacuum hoses for dust control. 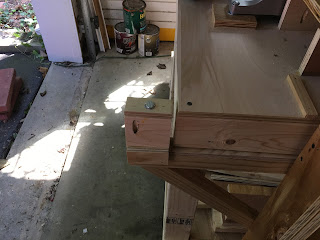 And, lastly, the swinging arm - it's go a T-Ney with a bolt that I can use to adjust the height of the arm as needed.  Wood moves and in order to keep the arm level with the saw, the support arm needs to have an adjustable height.
Posted by jmilesr at 12:29 PM

Your 'Skillz' know no end.

It was really insightful.
Thanks for such a nice content.
Cheers
BTW if anyone interested more have a look View More thanks