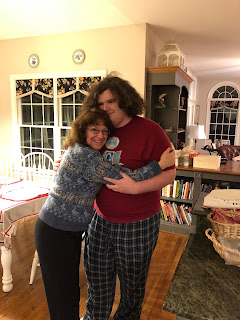 2017 has come and gone and overall it was a good year for us.  We spent a quite New Years day as a geeky family with our son fixing all of our tech related issues. 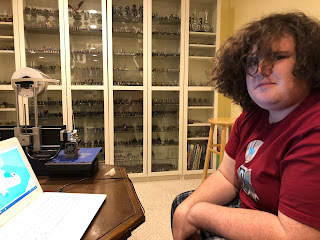 On New Year's Day, Sean got around to fixing my 3D Printer.  He got frustrated with the old MacBook I was using to drive the printer and went out to an Office Depot and bought a cheap Windows laptop that was a display model - got it for less than $100 bucks.  It's a bit banged up but works.  Now I can get into 3D printing for terrain making! 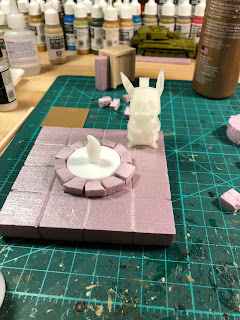 Sean has a Pikacho print file he uses to calibrate any 3D printer he works with (there are a lot at CMU) and he successfully printed the piece yesterday.  The figure is sitting on some terrain I'm currently working on and it's a hint for where my gaming will be going over the course of 2018 - but that's another post.  The hint is related to terrain not Pokemon!

On a personal note, 2017 proved to be a good year, but dangerous.  Both my wife's and my jobs are going well, she still likes cutting up people to repair them and I still like investing in tech / financial serivces companies.  At this stage in our life if one doesn't like what one is doing, one should stop doing it - we're both lucky to be still having fun.  2018 may see me pull back a bit from the Venture Capital front and spend more timing teaching - college kids today are so much smarter than me.  We'll see.

Why did I describe 2017 as "Dangerous"?  I was involved and injured in two separate rear end accidents.  The first occurred in London in the early Fall - as I was stepping out of an uber another car rear ended that uber and pushed it forward a few feet.  My right leg was still in the car so I got pulled down and hurt both my ankle and pride.  Now there is a really funny aspect to this story.  I was being dropped off in front of a law firm we were thinking of using in London - Slaughter & May on Bunhill Row.  S&M is a very old-school / proper corporate law firm and the accident happened literally at their front door.  You know the stereo-type of lawyers chasing ambulances for clients - it's true! - a sea of lawyers flooded out to assist me.  I will say that I was most impressed with the emergency medical services personnel in London - top notch people with great senses of humor.  Lets all pray they don't get a lot of practice in 2018.  I ended up with a small fracture in my right ankle and a torn sport coat and shirt.  I flew back to the states the next day and lets just say I self medicated on red wine the entire flight back. 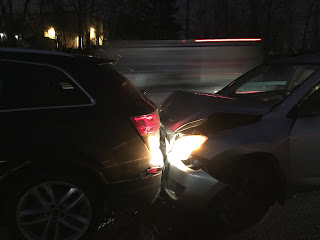 The next accident was a little bit more involved.  I was driving home one night in early December and was stopped in traffic.  Suddenly a SUV rammed into me going about 35-45 miles per hour.  I managed to smack my head on the steering wheel and wrench my shoulder - the other cars air bags deployed and the driver was knocked out.

The damage to my car doesn't look that bad but the whole frame squished like an accordion - I had to kick my driver side door open.  As I was walking over to his car to assist him I had the fright of my life as I could see two child car seats in the back.  For a few steps I couldn't tell if their were children in them then and those were some very long steps.  Thankfully there were not occupied and I was able to get the driver out of his car.  At that point, I didn't care about silly cars.

He admitted fault as he was texting but had let his insurance expire.  My newish Audi Q7 (purchased last April) ended up being totaled by the insurance company and I've got some rotator cuff damage to my left shoulder (can't raise my left arm fully) BUT no one was seriously injured and cars are replaceable.   I'm still out a good bit of money because I wouldn't let my insurance company sue the guy who hit me - he's got two small kids and no money - any lawsuit proceeds ultimatley hurt the kids and what's the point in that?  He also has no car as the engine fell out of his Toyota Rav4.  +1 for german engineering!

So now I'm in the market for a new car and safety features are at the top of my list.  Not surprisingly my son is pushing me to get a Tesla - cause the tech is cool.  Not sure I'm ready for an all electric car.

I need to paint more cavalry! 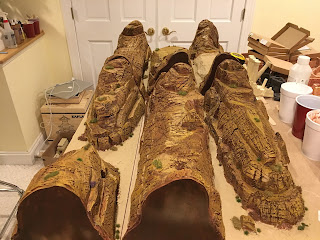 In terms of my 2017 goals, my performance was decidedly mixed: 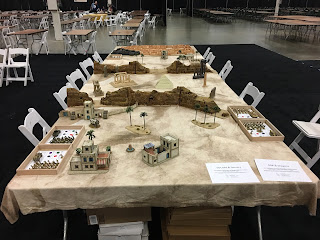 1) Historicon - run 6 versions of my DAK &  Dragons concept game:
I ran 9 games and had a blast.  This was one of my best received convention games and I'm planning to run it again in 2018 only a bit bigger!  The game won an award at the con so I'm really happy with the result. 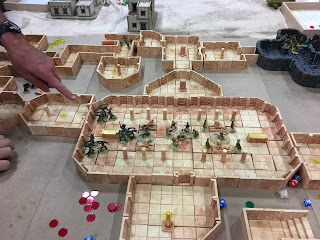 2) Gemorphic Dungeon Design:
- I built an egyptian themed dungeon terrain for the game using castings from a company called Lunesdargent.

3) Finish in the Top Ten of the Painting Challenge:
Managed to come in first again with over 4K points.  Not sure I can sustain that pace for the current Challenge.

5) Get an Article Published
Fail - have several drafts but nothing published - of course that may be because I never submitted anything to get published!

6) Participate in 4 Tournaments
Fail - I was hopeful that version 4 of Flames of War would re-ignite my interest and, in fact, it really left me flat.  I haven't really looked into tournament play since March of 2017.

1) I did fill out one of my 2016 goals - write some wargame rules as the DAK & Dragons / SOCOM & Sorcery games at Historicon were played using a set of rules I wrote (or liberated from other systems).  The games went really well and people seemed to like the rules.  There is a lot of room for improvement and I'll be working on them over the course of 2018.

2) Spent a good bit of time on a new hobby -woodworking and am trying to link it to gaming via a blog series titled "Woodworking and Wargaming".  Since my workshop isn't heated, you'll have to wait until the weather gets a tad warmer before anything new gets posted. 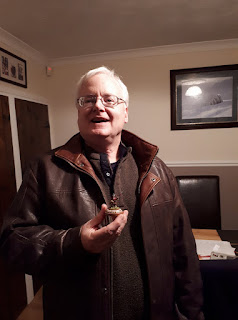 3) Became and Honorary member of Posties Rejects - Perhaps the highest award any warmer can ever receive!  I'm pretty sure that after receiving this august title all of you "commoners" need to address me as Sir.  Don't worry, I shall not let my elevation to nobility affect me in anyway.

Glad you're doing okay, Sir Miles. Had a couple vehicular close calls myself this past year.

If you wanted to paint Pikachu up as an ancient statue and incorporate it into some terrain, I don't think anyone would complain too bitterly :)

Glad you're okay Miles. Sounds like an interesting year and full of "life experiences" as they say. Also happy to hear that Pokemon is not on your radar (at the moment).

Not a bad year after all including the two misses. Hope 2018 doesn’t prove so “interesting” for you in the driving front

Sounds like an eventful year - it’s good that no one was badly hurt in either accident. My little boy was very interested in the printed Pikachu. That’s also a seriously impressive painted miniature total. If FoW isn’t doing it for you, have you tried Battlegroup?

A busy year to say the least ... sir ;-) Happy to hear you made it through the accidents in relatively good order. Kudos to you for not just blindly suing someone in a car accident ... a very stand up choice I fear most would not have made. Sadly all cars today are designed to buckle in so any significant hit will total the car.

Glad to hear you made it through 2017, despite two car accidents.

And on the Tesla front, my coworker has two, and they are serious bits of engineering. Well worth a look at least.

Kudos to you for not taking legal action against the other driver in light of his kids. I do hope you gave him some stern advice on texting while driving plus a man-sized helping of advanced spreadsheet tutorials so he'll be a better person in future and a use contributor to society.

Miles, you're a good man... you forgot to mention you also had a good sailing year!

You're a good man for not putting that poor fella through the ringer (though the fault was clearly his). Good karma in the bank for you. I have one recommendation for you: Volvo V90 Cross Country (Gorgeous and Safe).

Certainly some ups and downs in the year! Excellent painting work and the Historicon games look like a blast. Fair play to you with regards the other driver, very magnanimous.

Cheers to you and your talented family, Miles. Also, that second accident is quite a story - I know the other driver and his family can't thank you enough. I hope 2018 is a bit more boring for you (in respect to the unexpected!).

You are a true gent and a cracking blog to boot :-)

You are a true gent and a cracking blog to boot :-)

Glad your injuries were not significant and I trust the lingering issues are resolved promptly. May I tip my hat and bow most respectfully for your tolerance to Mr SUV and his life status - plenty of people would not act as you have done. If more would, the world would be a better place.

The rest is inconsequential in comparison but a whole lot of fun. Your woodworking has impressed and I also suggest Battlegroup for 15mm WW2 - I am Loving it at the moment and it will likely push your buttons too.

May 2018 be a cracker for you and the family mate. All that remains is to schedule your trip to Sydney :-)

You had quite an eventful year in 2017. I hope that 2018 brings a little less excitement to you.

Very gentlemanly behaviour regarding that crash. Many people wouldn't have seen it that way.