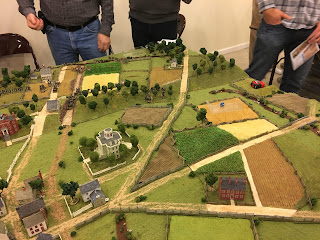 Yesterday I got invited over to Rich's house for a play test of his revised Fire and Fury: Brigade rules, which is coming out in a new version (hopefully by year end).  With the base unit being a Brigade, one can play rather large battles and that's what we did - the entire first day of Gettysburg in 15 mm scale. 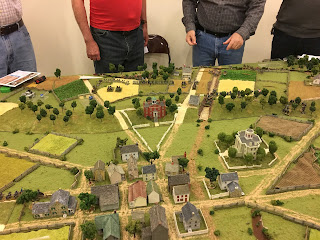 Of course, Rich's tables are really things of beauty - the second picture show missionary ridge across the the top and the town of Gettysburg at the bottom.

Check out the rules at Rich's website: Fire and Fury. 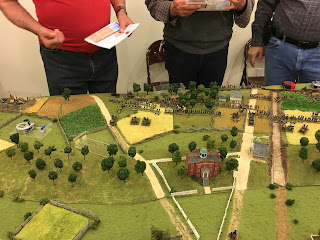 I'll just let the pictures speak for themselves.  I commanded a division form the Union 11th corps and lets just say my generalship was "off" - I got my butt kicked but had a blast.  I also got to meet another local gamer which is always a plus. 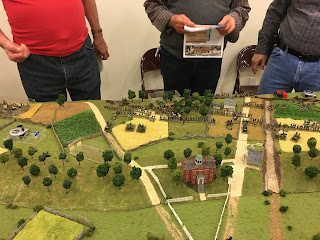 The Brigade level rules are similar but not the same as the regimental but I really liked them.  It was really fascinating to see a"whole Battlefield" play out in front of you. 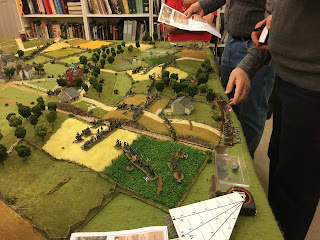 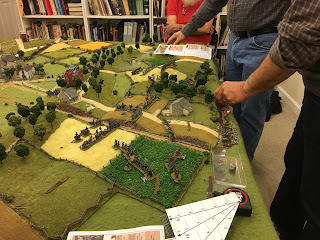 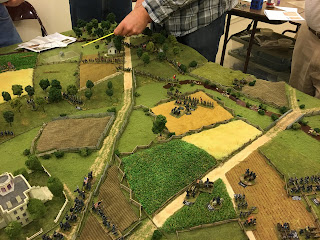 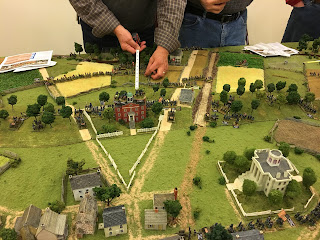 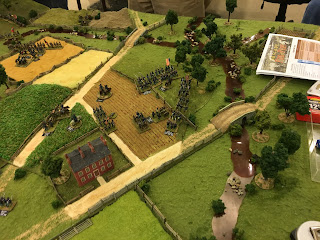 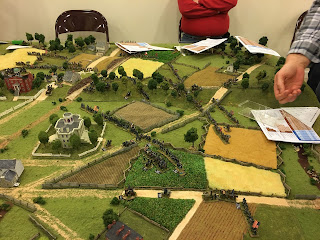 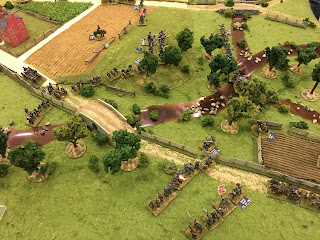 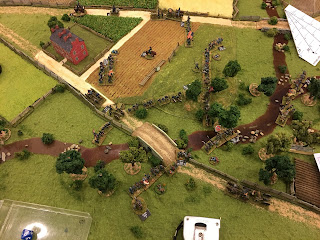 My defenses crumble against the onslaught of Early's division. 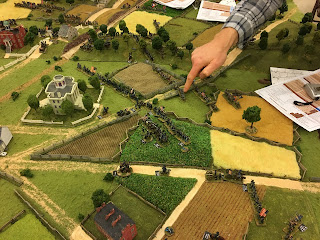 Hmmm, I wonder where the confederate attack will focus on? 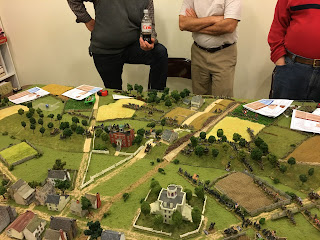 that is a very nice looking table

Brilliant looking table - glad you had fun. Always good to try out something new!

Lovely looking table. Only recently tried normal F&F and enjoyed it and contemplating Regimental. Didn't realise there was a Brigade one!

I highly recommend you get with the regimental and brigade versions

I have a show to attend next month. On my birthday! So I shall be treating myself to a few things!

Wow! What a beautiful looking game!

Now that is the way a good wargame looks! Excellent stuff.

Excellent looking table! I really do need to work on my terrain a bit more and this is very inspiring!